Get fresh music recommendations delivered to your inbox every Friday.
We've updated our Terms of Use. You can review the changes here.

Won't You Believe Me

by The Gated Community 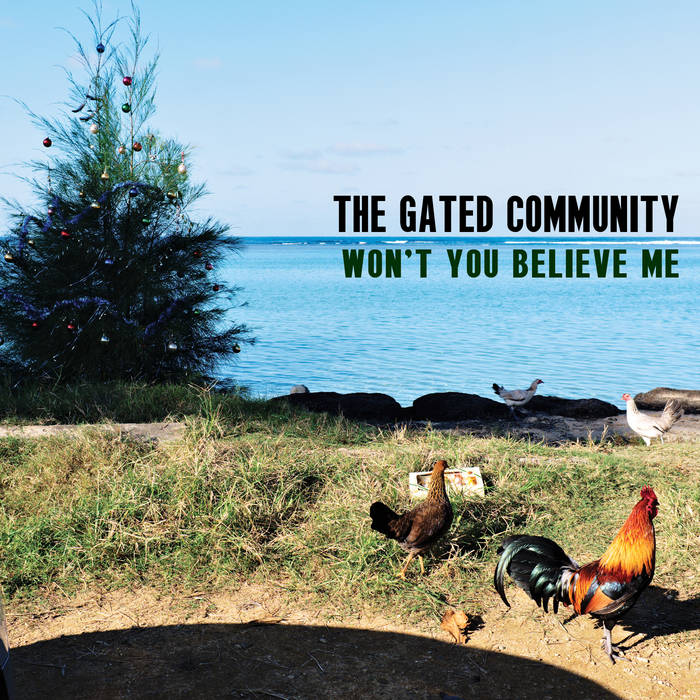 Politically charged folk/country band The Gated Community releases their new album Won’t You Believe Me on November 8, 2019. Recorded in the shadow of the Trump era, the self-described Marxist country/bluegrass novelty band packs its usual political punch with songs like “Too Late” and “I’m Sorry You’re Crazy.” But continuing where their last album Country Hymn left off, this release goes beyond political satire to address real personal loss.

In 2017, their bandmate Johnny Becker died unexpectedly. Recorded in the wake of his passing, Won’t You Believe Me is dedicated to his memory and even includes some musical contributions he made before his passing, including the mandolin part to “Too Late,” which he composed a week before his death. His widow Rosie Harris, a long-term member of the band, is also featured on the album, singing and playing cello. In addition to this tragic loss, band members Sumanth Gopinath and Beth Hartman also lost friends and family to whom they also dedicate the album.

Although the album mostly contains originals, there are two covers on the album, including a raucous stringband version of the Minor Threat song “Filler” and a tribute to Bruce Springsteen on the occasion of his 70th birthday. The band does a sad, lilting interpretation of his iconic anti-war song “Born in the U.S.A.” along with “Born to Lose,” an original song written in response to “Born to Run.”

“There's something meaningful, I think, in a person of color singing the words ‘I was born in the U.S.A.,’” band leader Sumanth Gopinath says. “I was born here, and I want people to know that I and other people of color are just as American as they are.”

“I did not always feel like I fit in,” he says. “I wrote ‘Stuck in Louisiana’ about how I felt moving to Slidell from Chicago as a kid, never feeling like I belonged and desperately wanting to get out.” This theme of belonging permeates the album, telling stories of people losing each other and coming together again with an eye to a world that is more welcoming to all.

words by Sumanth Gopinath, music by The Gated Community, except “Filler” by Ian MacKaye, Jeff Nelson, Lyle Preslar, and Brian Baker, House of Hassle Publishing, and “Born in the U.S.A.” by Bruce Springsteen, Universal Music Works

thanks and much love to our families, friends, and fans

dedicated in memory of our late bandmate, Johnny Becker

also in memory of Priya Joshi and Jessica Berson

The Gated Community is a country/bluegrass/Americana band with rock influences based in the Minneapolis-St. Paul area in Minnesota and has been in existence since early 2006.

Bandcamp Daily  your guide to the world of Bandcamp